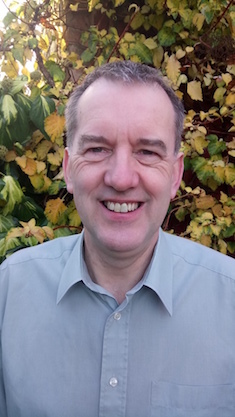 Clive grew up on Merseyside and studied in Bangor (Wales), Chicago and Tübingen, before completing his doctorate in modern theology at the University of Oxford. He later added a MEd in Lifelong Learning at the Open University. He has been teaching at university level for over 25 years, moving between university and church appointments throughout that time. After six years as Lecturer in Christian Doctrine at the Church Army Training College he was, from 1995-2000, Senior Lecturer in Theology, Religious and Cultural Studies at the University College of Ripon and York St John (now York St John University). He was an external lecturer at the Department of Biblical Studies at the University of Sheffield (1992-2003), and then at the University of Nottingham (2003-8), whilst being half-time national secretary of the British Methodist Church’s Faith and Order Committee (2000-7) before becoming Principal of the East Midlands Ministry Training Course (2007-8). He took up his present post in Lifelong Learning at the University of Leicester in 2009, and was awarded a Personal Chair in 2016.

Clive has been a supervisor of work at PG level for many years and has examined MLitt, MPhil and PhD dissertations at the Universities of Oxford, Edinburgh, St Andrews, Sheffield, City University (London) and Liverpool Hope, as well as being an examiner and assessor for a wide range of undergraduate and postgraduate programmes. He has lectured by invitation in Austria, Belgium, Finland, Germany, Sweden, Turkey and the USA and is a member of the American Academy of Religion (AAR) and the Society for the Study of Theology, and co-chair of the UK-based Network for Theology, Religion and Popular Culture.

Clive’s research interests relate particularly to the way in which religion connects and interweaves with popular culture and the arts, and to the consequences such study has for understanding how belief works in practice, and how the content of Christian theology can be articulated as a result of all of this. His first publication in this area (on theology and film) dates from 1992, and his Explorations in Theology and Film (Blackwell 1997, co-edited with Gaye Ortiz) led the field in UK discussions in this area and was translated into Korean in 2006. To this he added the sole-authored books Cinema and Sentiment (Paternoster Press 2004) and Theology Goes to the Movies (Routledge 2007).

Other publications include: Albrecht Ritschl and the Problem of the Historical Jesus (Edwin Mellen Press 1992), Methodism and the Future (Cassell 1999, co-edited with Jane Craske), Jesus and the Gospels (Cassell 1999, 3rd edn. Bloomsbury 2015, co-written with Steve Moyise), Christianity in a Post-Atheist Age (SCM Press, 2002), Christ in Focus: Radical Christocentrism in Christian Theology (SCM Press 2005), Christ in Practice: A Christology of Everyday Life (Darton Longman and Todd 2006) and Personal Jesus: How Popular Music Shapes Our Souls (Baker Academic 2013, co-written with Vaughan S. Roberts), plus an extensive list of journal articles (in academic and professional publications) and book-chapters. His main current project is A Cultural Theology of Salvation (for Oxford University Press), due out in 2018.

As significant as all of the above is the fact that Clive is married to Jill, a Methodist Presbyter, and so has been a minister’s husband for nearly 20 years, as well as father to two (now 20-something) children, Philip and Hannah. In church, social and domestic life he has continually sought to wrestle theologically with what it means to be both human and Christian in contemporary Britain.