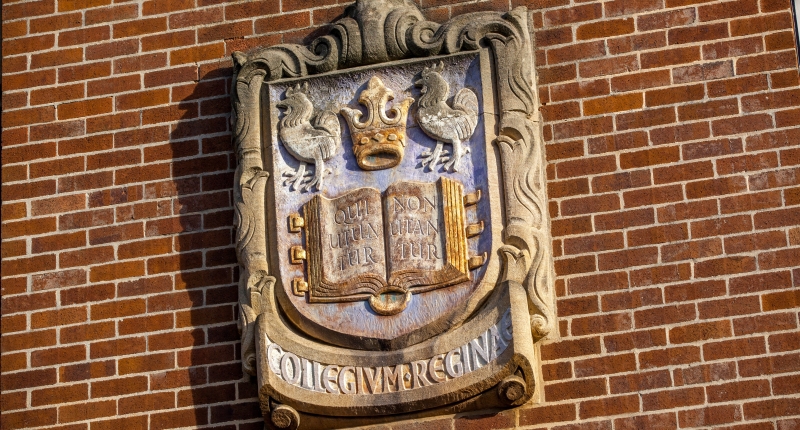 The Queen’s College was founded in 1830 as one of the first Anglican Theological Colleges in England, pioneering training physicians (doctors) alongside clergy. In 1970 Queen’s took another radical step as it became an ecumenical college, with Methodists and Anglicans learning together in a single college.

At the turn of this century Queen's took another pioneering step, creating the Queen's Foundation for Ecumenical Theological Education. This brought into one institution:

Over the next decade Queen’s continued to develop its vision of being a diverse, inclusive community, in which deep learning and formation take place not despite but because of our differences. First, the Selly Oak Centre for Mission Studies - the successor body to the United College of the Ascension - was formed to train mission partners from the churches in Britain in preparation for service overseas and to welcome leaders from the wider world church to study at Queen’s. Then the Centre for Black Ministries & Leadership, was initiated to empower vocations and theological study among Black and Asian Christians.

In 2012 the Conference of the Methodist Church chose Queen’s as a Centre for the Methodist Church within its Discipleship and Ministries Learning Network, and we now receive all those who have been accepted for ministerial training. We also entered formal partnerships with the Diocese of Lichfield to train Readers and Curates, and with the Diocese of Worcester to train Readers.

Queen’s is in validation or partnership arrangements with a number of Universities, principally Durham University, Newman University and VU University Amsterdam. Queen’s is also accountable to a range of Government bodies including the Dept of Business, Innovation and Skills, HEFCE, QAA and UKVI.

Queen’s remains committed to being a diverse and inclusive learning community, which is expressed in five core areas of work:

The range of partnerships and areas of activity mean that the Foundation welcomes a wide range of learners. Currently there are over 350 registered students and the student body is diverse in terms of denomination, nationality, ethnicity and theological conviction. The Foundation places a high premium on this diversity, believing that we learn in and through our encounter with those who are different, and that our diversity is a glimpse of the beauty and dignity of all people in the Body of Christ.

The Queen's Foundation is dedicated to excellence in theological education and personal formation by:

We celebrate unity in diversity, in a community that is international, multi-cultural, and ecumenical. We aim to enable Christians to deepen their spiritual life, to grow in a faith that is generous, enquiring, deeply rooted and creative in thought and practice, and to be passionate for God’s work in God’s world.