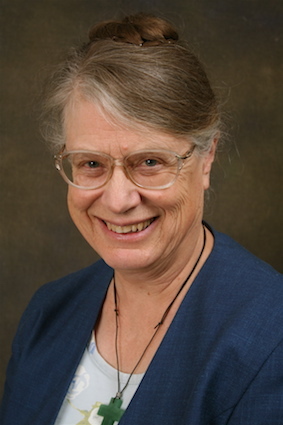 Frances Young taught Theology at the University of Birmingham from 1971. From 1986 to 2005 she held the Edward Cadbury Chair, serving as Head of Department, Head of School, Dean of the Faculty and Pro-Vice-Chancellor. She was made OBE for services to Theology in 1998, and elected a Fellow of the British Academy in 2004. Now Emeritus Professor of Theology, she is still engaged in research and writing. New Testament and early Christian studies are her main fields of interest. Her academic publications include From Nicaea to Chalcedon. A Guide to the Literature and its Background (SCM press, 1983, 2nd edition 2010) and Biblical Exegesis and the Formation of Christian Culture (CUP, 1997); she co-edited The Cambridge History of Early Christian Literature and The Cambridge History of Christianity: Origins to Constantine. Her principal published papers are collected in Exegesis and Theology in Early Christianity (Ashgate: Variorum, 2012). A collection of her work in the fields of New Testament and Biblical Hermeneutics will shortly be published by Mohr Siebeck.

Though based at the University, Frances has been connected with Queens for decades, both as teacher and student – she was ordained as a Methodist minister in 1984, and regularly leads worship locally, as well as responding to preaching invitations from various denominations across the country. She has always endeavoured to bridge academia and the life of the churches, engaging particularly in ecumenical activities and conferences, including the World Faith and Order Conference in Santiago di Compostela in 1993. She is a Patron of the Ecumenical Society of the Virgin Mary.

She and her husband cared for Arthur Thomas, their son born in 1967 with profound learning disabilities, until June 2012, when at 45 years of age he finally left home for residential care. In 1985 she published Face to Face (Epworth press), an account of her son’s life and education, her own struggle with faith, coming to terms with the situation and her call to ordination. Since then she has frequently been asked to speak about theology and disability, and her journey of understanding has continued through Arthur’s adulthood. Jean Vanier, the L’Arche communities and Foi et Lumière have been an important influence; in 1991 and 2001 she was involved in the Faith and Light pilgrimages to Lourdes, she has spoken at an International General Assembly meeting for both L’Arche (Swanwick 2002) and Faith and Light (Rome 2002), has visited Faith and Light in Moscow twice (2003, 2010), and over the years been involved in a number of meetings exploring the theology of L’Arche. She would now say that through her son and his condition she has been given privileged access to the deepest truths of Christianity. Latterly she has published Arthur’s Call. A Journey of Faith in the Face of Severe Learning Disability (SPCK 2014).

Meanwhile, her personal experience fed into Brokenness and Blessing. Towards a Biblical Spirituality (Sarum Lectures, DLT, 2007), and in 2011 she delivered the Bampton lectures in Oxford in which she tried to bring all the different aspects of her life, as scholar, minister and mother of a person born with profound disabilities into a coherent theological understanding of creation, human existence, Christ, salvation, the Spirit, the Church, Mary and the Trinity. The resulting book, God’s Presence: A Recapitulation of Early Christianity, was published by CUP in 2013.  Since then her Didsbury lectures have been published as Construing the Cross: Type, Sign,Symbol, Word, Action (Wipf and Stock: Cascade Books, 2015; SPCK, 2016). Thus, though retired she remains research active, and retirement has seen a steady flow of publications.